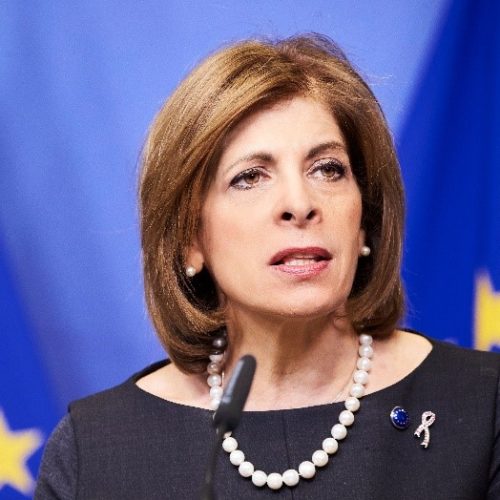 On 1 December 2019, Ms. Kyriakides became the European Commissioner for Health and Food Safety.

In the area of health, she is leading the Commission’s work on Europe’s Beating Cancer Plan, to help improve cancer prevention and care and is in charge of developing a new Pharmaceutical Strategy to ensure that Europe has enough affordable medicines to meet its needs.

During the COVID-19 crisis, she has been leading the Commissions work to coordinate the EU’s health response and support Member States to tackle the outbreak.

Previously, Ms. Stella Kyriakides worked as a clinical psychologist in the Mental Health Services of the Ministry of Health of the Republic of Cyprus in the area of Child and Adolescent Psychiatry, from 1979-2006. In 2006, she was elected to the Cyprus Parliament and was re-elected in 2011 and 2016 for the Democratic Rally party, of which she was the Vice-President.

In 2012, she was appointed Head of the Cyprus Delegation to the Parliamentary Assembly of the Council of Europe (PACE). In 2017 she was elected President of the PACE, thus becoming the 30th President of the Assembly.

All Sessions by Stella Kyriakides